The Unstoppable Success of Netflix

Previously, we looked at the colossal rise of streaming platform Netflix. Now we’re back with a sequel.

More than ever, Netflix is a real force to be reckoned with. In fact, the platform gained 16 million new subscribers worldwide during 2020 alone. The rapid digitalization of modern society coupled with the mass isolation spurred on by the COVID-19 pandemic has served to fuel the platform’s success further.

Here we explore its continued success in more detail while looking at the development of its arch rivals in the streaming game—Disney Plus and Amazon.

Naturally, the key driver of Netflix’s continued domination is its varied, topical, thought-leading, and (more often than not) downright entertaining selection of streaming content.

The platform’s raft of Netflix Original content attracted new audiences in 2020, with bingeable boxsets and outrageous documentaries that in a sense market themselves.

Many of Netflix’s standout originals earn waves of user-generated content (UCG) in the form of social media hashtags, memes, reviews, and savvy brand partnerships: this was a driving force behind the colossal success of the cult sci-fi show, Stranger Things. Oh, and just take #JoeExotic ...which brings us onto our first point. 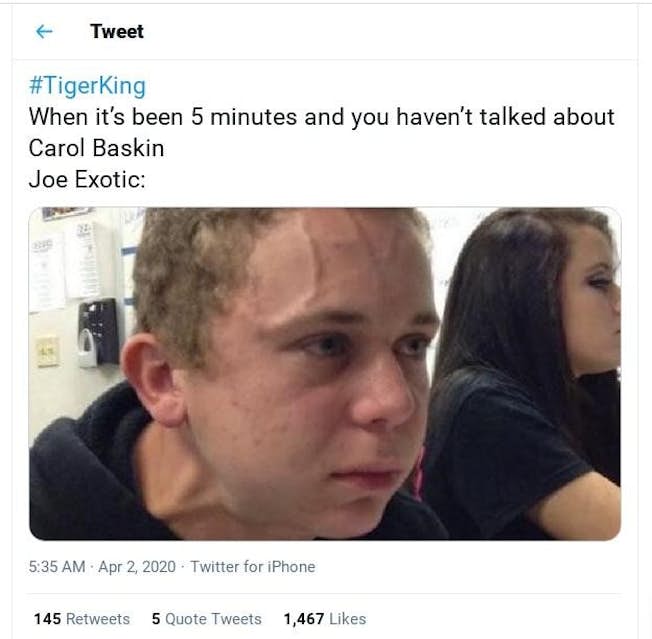 Netflix has long been known for its provocative and highly-addictive real life or true crime documentaries.

In April 2020, Corona-homebound audiences were blindsided by the outrageous, enthralling, and somewhat disturbing, Tiger King—a series widely known as the first-ever ‘COVID watch’.

The show’s almost ‘too wild to be true, yet it is’ vibe and raft of colorful characters (led by the enigmatic Tiger King himself, Joe Exotic) racked up 34 million views in the first 10 days after its release.

The viral success of Tiger King is a case of Netflix playing to its strengths while giving consumers an epic form of escapism at a time when they needed it most.

The show’s endless slew of quotes and catchphrases as well as its many mysteries (including the question of whether Carole Baskin killed her husband and fed him to the tigers) made it a playing field for social discussion and razor-sharp satire. 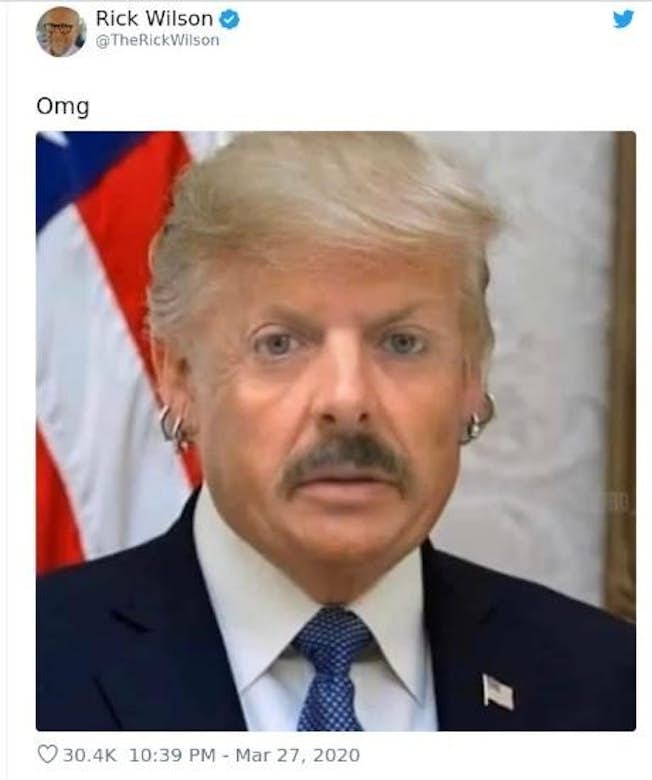 In 2020, Netflix upped its game with content that was historic, evocative, enlightening, and wholeheartedly binge-worthy in equal measure. The Queen’s Gambit is no exception.

Based on a novel of the same name, this meteoric coming of age show, telling the story of a female chess prodigy in the time of the Cold War, earned 62 million views in its month of release.

A clear-cut example of ‘The Netflix Effect’, The Queen’s Gambit saw Google searches on ‘how to play chess’ reach a nine-year record.

By drilling into its consumers' viewing behaviors, Netflix creates a world that not only goes against the grain of modern society while becoming almost impossible to resist—often catapulting lesser-known actors into stardom. Almost overnight. As a result, viewer engagement increases and subscribers stick around to see what offerings the platform has in store next. 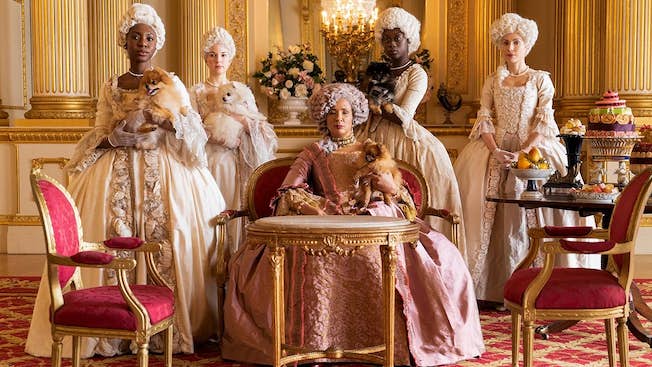 The ‘Netflix Effect’ also applies to top shows including The Crown, Emily In Paris, and of course, the wildly popular period piece, Bridgerton.

One the platform’s most recent programming sensations, Bridgerton made its valiant debut on Christmas Day 2020— offering those observing a ‘COVID Christmas’ a quirky, stately escape from reality.

It’s estimated that, to date, 82 million subscribers have tuned into the unique corset-busting Regency drama since its launch, making it the platform’s most-watched show to date.

Sporting traditional period features but with a fresh injection of modern story arcs and ideals, Bridgerton has sparked a rise in Regency-style fashion purchases as well as an increase of people streaming classical cover versions of iconic pop songs. And, with a second season on the horizon, it’s doubtful these trends will fade anytime soon.

The sheer pop cultural scope of Netflix’s eclectic mix of programming creates a healthy promotional eco-system that the brand can tap into across mediums and touchpoints.

These shows clearly transcend viewing alone—and Bridgerton, The Queen’s Gambit, and The Tiger King are all prime examples.

Levelling up the streaming user experience

Another key component of Netflix’s enduring success is the platform’s commitment to creating a rich and seamless user experience.

When Netflix attracts new subscribers, its continually evolving machine learning (ML)-based content suggestion algorithm provides a seamless level of UX that encourages loyalty—an initiative that has propelled the brand into being a true marketing and business powerhouse.

Rivals in the Wings

When it comes to content and brand authority, Netflix is hard to beat. Its cutting-edge content, commitment to spotlighting foreign language content such as the French hit ‘Call My Agent’, and commitment to UX have kept the platform in the driving seat throughout the pandemic—but some of its major rivals are thriving too.

After Disney Plus' $71 billion (63 billion Euro) deal with 21st Century Fox in 2019, the platform launched its own breed of original content as well as programming from Marvel and National Geographic. Its SparkShorts collection also marks a more innovative and socially-conscious chapter in the brand's legacy. 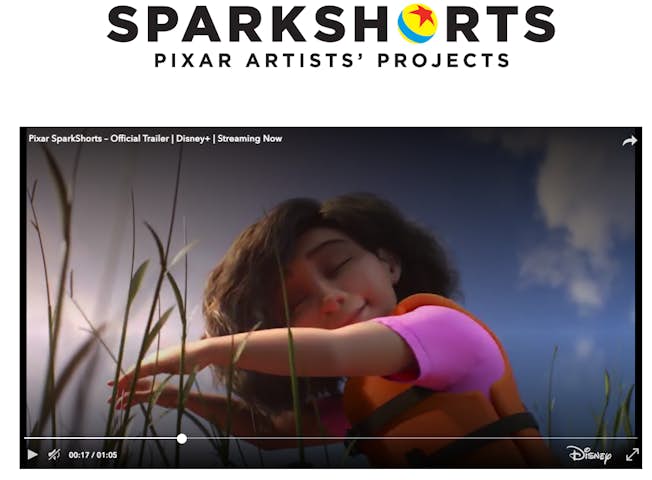 The platform's new, broader range of nostalgic, edgy, and 'of the times' content has seen the platform grow in 2020, but with 73.7 million subscribers, it is still lagging behind Netflix. Still, while its subscriber numbers are lower, Disney’s strong brand awareness and healthy level growth could see it catch up with Netflix by 2022.

It’s worth noting that the popular Amazon Prime streaming platform attracted 4.6 million new subscribers during the first lockdown—an increase that could also be driven by the service’s free one-day delivery and eCommerce platform crossover.

Amazon Prime Video is still lagging behind Netflix in terms of subscriber numbers but its original content as well as film and documentary library is strong.

Plus, its exclusive sports content deals (including coverage of select UK Premier League matches) is accelerating the platform’s growth.  With a 35% year on year growth, its existing momentum is slightly higher than Netflix’s which currently stands at an average of 20%.

In addition to a thriving ecosystem of multiple social media accounts, user-generated content, and cultural, fashion or musical trends that are an extension of the viewing experience, Netflix is also going for growth with fully-formed creative marketing campaigns.

A 27-country marketing effort created around the tagline “One Story Away", the campaign shines a light on the universal power of storytelling through billboard ads, engaging videos, and targeted content.

This cohesive and emotionally-driven marketing campaign shone a light on the power of the platform’s content and programming—and the original video alone has earned over 11 million YouTube views to date.

“I think Netflix is responsible for what will become how we view television” Michael Kelly, Actor

The rivals may be nipping at its virtual heels, but Netflix is going strong. It has presence in countless households around the world, it’s a part of modern day terminology (Netflix and chill!), and it has become a standard fixture at The Oscars and Emmys—almost overnight. The platform landed its first-ever best picture Oscar, for Roma, in 2019 and the following year it almost overtook the awards (rivalling many of the studios’ big picture offerings) with 22 nominations for movies such as The Irishman and Marriage Story. Who knows what 2021 will bring? 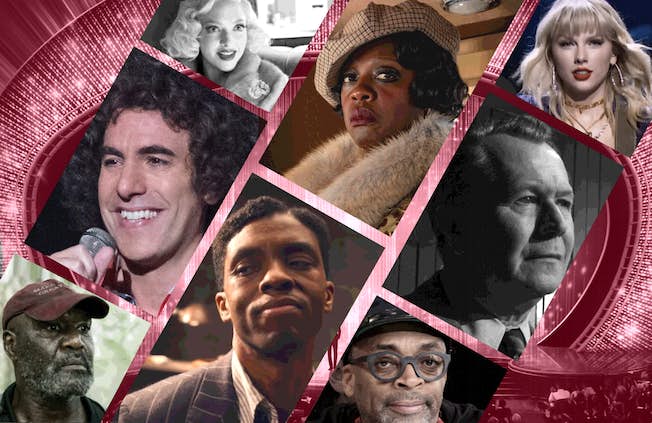 Netflix is certainly here to stay and as 2021 unfolds, it will be interesting to see what it throws our way next. In addition to more completely bingeable original content, there are rumblings of new interactive content on the way too. And a sign of future trends might come from how its launch of a more old-school TV channel in France works out.

Whatever Netflix has in store for the not so distant future, it’s likely to turn a few heads and entice more people to the platform—exciting times lie ahead—watch this space.